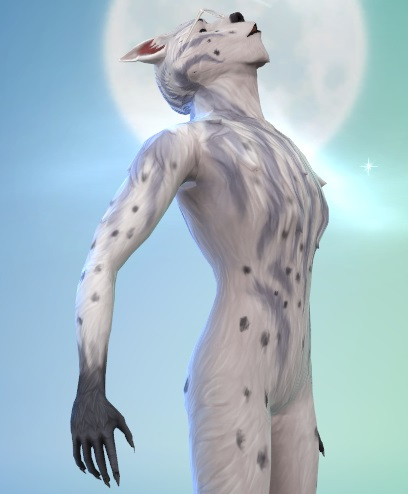 Personally I prefer to be able to see some difference between male and female werewolves, so I did this for visible werewolf sexual dimorphism. This mod gives female werewolves a more feminine shape. – The bust is fairly subtle in the nude werewolf, and tends to disappear in female clothing. I haven’t been able to find a way around this. In my days of experimenting, making the breasts bigger doesn’t make much difference and makes the flatness and distortion in clothing more noticeable. Ironically, they look better in male clothing. – There’s some distortion in clothing, especially female clothing, but IMO no worse than the EA version. Will conflict with any other mods replacing the female werewolf morph

Phone Animation For Teens Only

cas mod no make up no accessories on

No Relationship Loss from Reacting to Werewolf Activities

Rebel mesh top [from the vault]